Here are just a few videos I have edited and ready to go as of right now.  And next week is spring break, so hopefully I can get some more filmed and edited and ready.  But I know I'm gonna get stuck spending much of spring break writing papers and whatnot.  As I've said a million times, this semester is totally killing me. 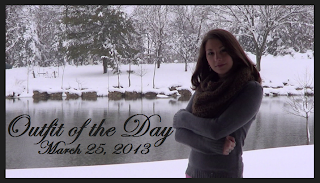 Outfit of the day filmed today with all of our pretty snowfall! We got a foot of snow yesterday (the most I think I've ever seen) and I had to get one last winter outfit filmed, even though I'm sure everyone is tired of the snowy backgrounds.  I just love them, it's so pristine and just absolutely gorgeous.  However, I'm ready for spring and filming in warmer weather. :) 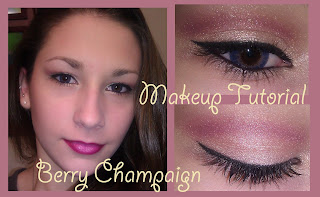 I know this was on my last "what's to come" post, but I just never got around to getting it up.  I try to avoid doing too many tutorials every single week all in a row, so I thought I would put some different videos in between before I got to this one. 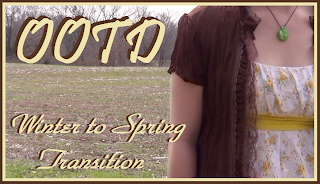 A more spring appropriate outfit filmed Saturday when it was relatively nice out.  Of course, we had one day of pretty good weather and the very next day, we got a foot of snow. Doesn't it always seem to work out like that?  You think winter is done for, then she just comes back with a big surprise. :) 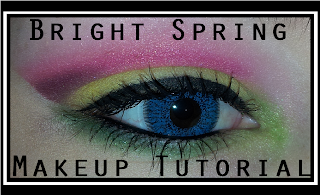 A bright colorful makeup tutorial I figured would be more fun.  I generally like wearing more colorful makeup looks, but just haven't had the opportunity to play around too much lately.  It takes a lot more time to film and edit a cool tutorial like this one. lol.  But I do hope to put up more tutorials like this.  I usually enjoy watching these dramatic looks rather than your everyday neutral looks in my opinion anyway. 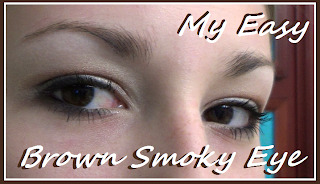 But speaking of neutral everyday looks, I filmed this video here.  This is just how I do a typical easy brown smoky eye.  I tried to film this as a GRWM but the full face routine didn't quiet turn out the way I wanted it to, so the only decent footage was of the eye makeup part, so I salvaged that.  I hate filming and just having to toss it all out if it doesn't turn out right so I'm glad I at least got to save a bit of this one.

I hope everyone is having a wonderful first week of spring, even though I know at least here in America, a lot of the country just got pounded with snow, but spring is on its way, don't worry! :)

Email ThisBlogThis!Share to TwitterShare to FacebookShare to Pinterest
Labels: random