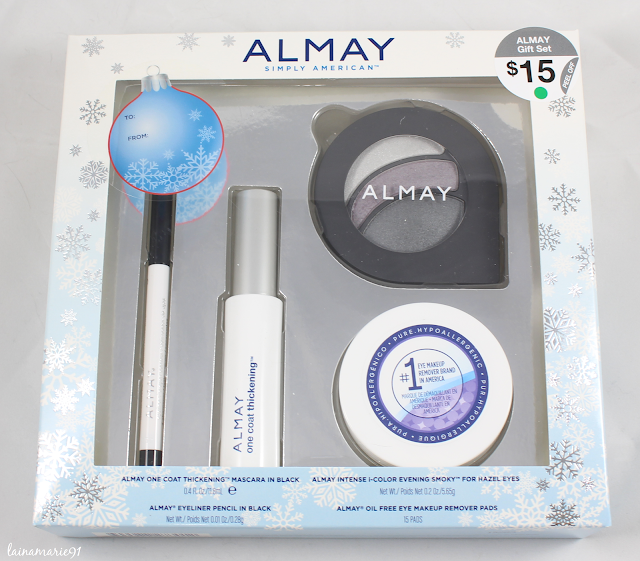 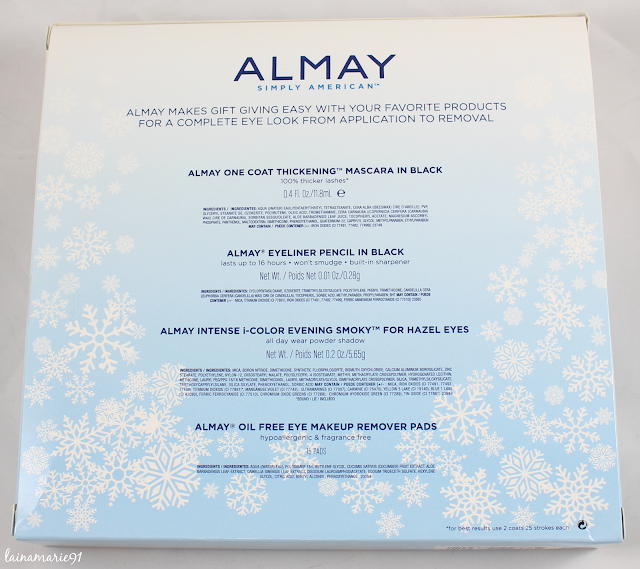 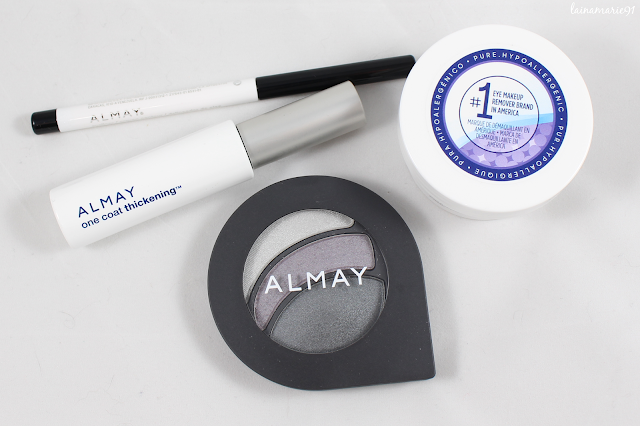 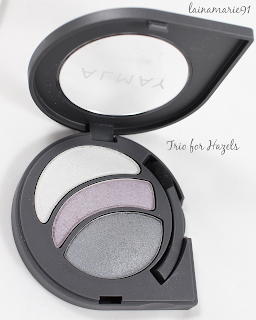 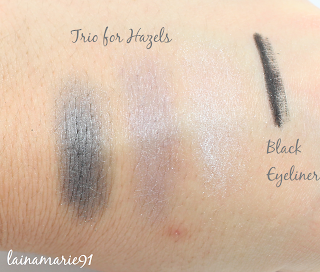 These eyeshadows were a bit underwhelming in pigmentation and the fact that the entire trio is shimmery doesn't help either. The lightest shade took the most to build up to the color you see in the swatch. The middle purple color was about two layers but the darkest shade was one swipe, if that gives you any idea about the shades. (swatched on dry skin, no primer)

An eyeshadow primer helps dramatically! I use Lorac Behind the Scenes Pro eye primer. The white is still an underwhelming shade even with a primer, but the two darker shades are great on top of a primer. 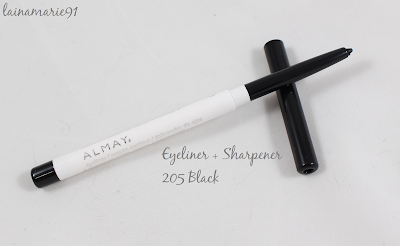 This is a long wearing and retractable eyeliner; two awesome features for any liner, if you ask me. It applies smoothly and doesn't skip or pull on the skin. It dries down really quickly and stays put. This is the highlight of the kit, I would say. 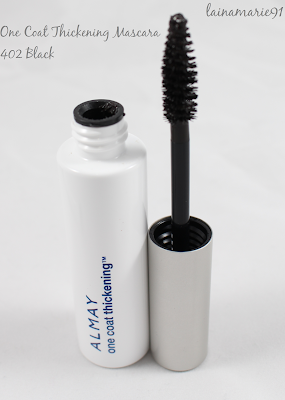 The mascara is a nice average mascara. It gives a little bit of volume, some length, but isn't the best at separating the lashes. It's okay though for those who like a more natural lash look (I'm not one of those people though, I need my mascaras to give a big difference on my lashes). 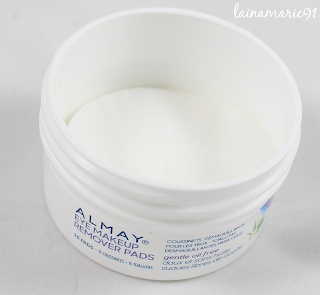 For $15, I think this is a good deal. However, as someone who has a bunch of makeup and tried a lot of things, some of these products were lacking. This might be nice for someone just beginning with makeup, but I still don't think it was a complete waste of money for someone who enjoys collecting makeup either.

Thanks for reading! What other drugstore holiday sets have you come across lately?