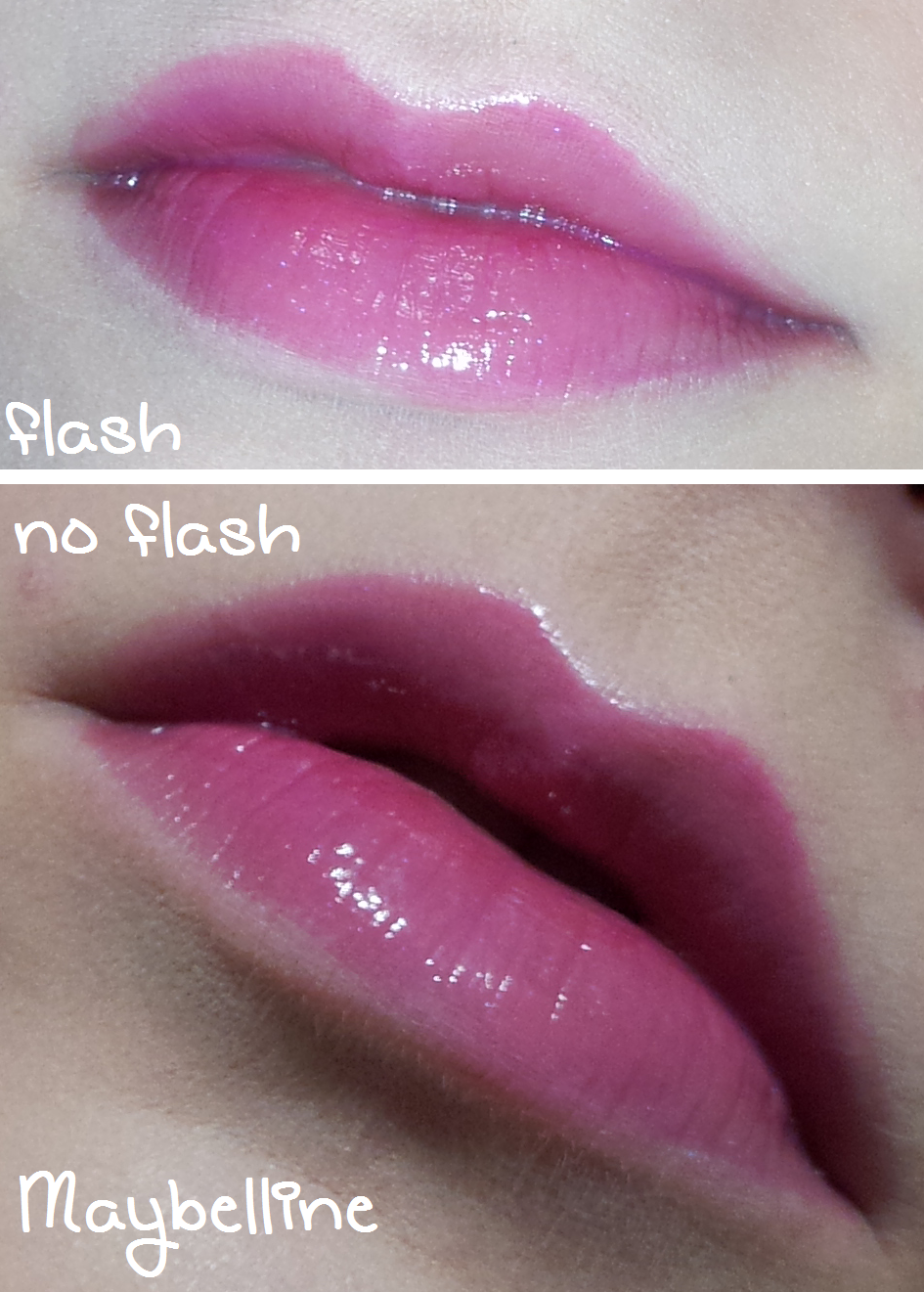 While at the drugstore, I noticed a lot of brands have come out with new glosses, so even though I am not typically a big fan of lipgloss, I figured I would give them a go. The color I picked up was Raspberry Rhapsody, which looks like a medium-dark purple color in the package, but actually doesn't show up too dark on the lips, which is good for me. :)

It has a creamy finish, no shimmer.

The glossy feel of this lasts for about 3 hours, but also at the 3 hour mark, it starts to feel uncomfortable on the lips.  I felt like my lips were sticking together and almost like the gloss was becoming goopy, but when I looked in the mirror, they didn't visibly look sticky or bad.

The color will stick around for about 4-5 hours and does leave behind a slight stain after wiping the gloss off.  Upon initial application, the Maybelline felt more slick and looked wetter than the Loreal.

The color does feather slightly outside the lip line when used on its own, but with a lipliner or lipstick, it behaves well.  Also upon first application, I liked the feel of this product better than the Loreal.  I has a really slick, wet feeling, not at all sticky.  However, as time rolls on, it seemed to gain more stickiness. 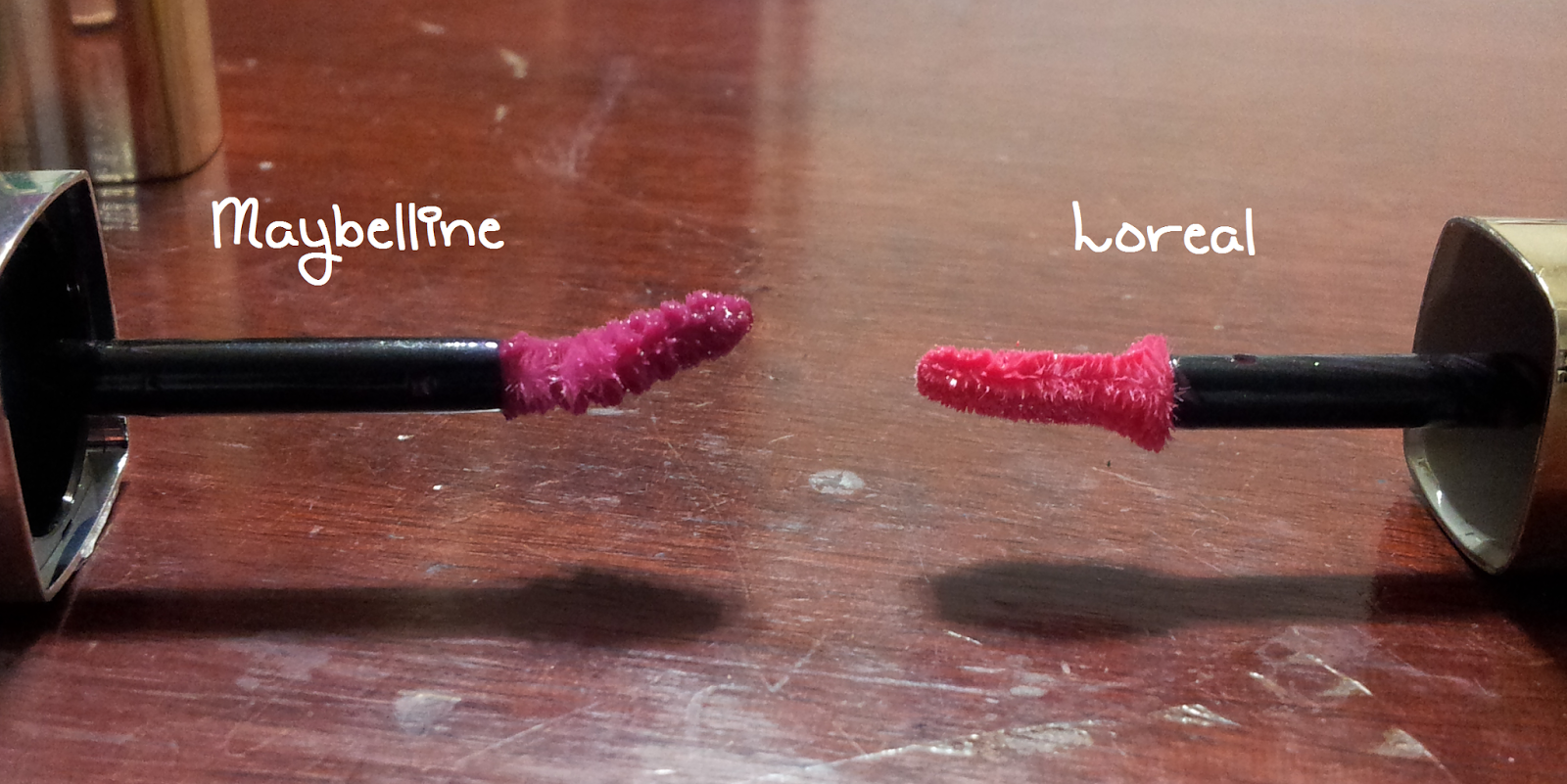 The color I picked up was Rose Symphony which looks like a pretty medium coral by the packaging, but is in fact a lighter coral with shimmers.

Both the color and glossiness started to fade on me around the 2 hour mark.

There was a slight stain on my lips after wiping it off.  The shimmer did not fade strangely.  I have noticed in some shimmery lip products, the glitter will stay behind longer than the color, creating a weird look on the lips, but this one did not do anything strange while fading away.  Initially, the Loreal feels stickier than the Maybelline, but not to the point where it bothered me. 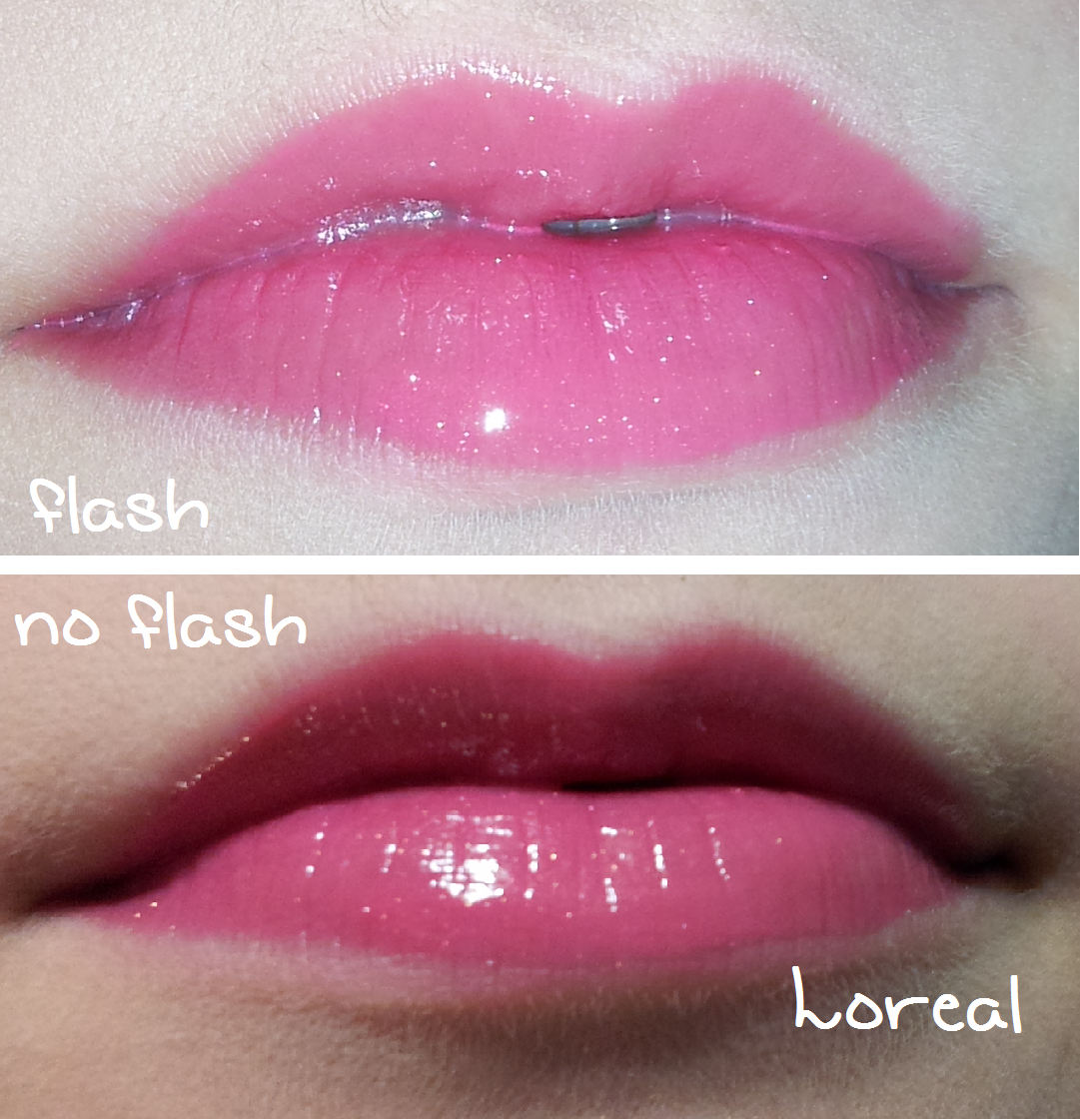 The applicators on both are very similar, but I must say I enjoy the curve of the Maybelline one better, I find that the Loreal product's applicator is too straight and for some reason, that bugs me.

They also both sink into lip lines, but not to the extent where it's super noticeable.  On top of another lip product, as I believe most glosses are meant to be used, they behave well.

Overall, they each have their own pros and cons, but I did enjoy them and would recommend them if you are a lipgloss lover.

Thanks for reading!
Love,
Alaina
Posted by lainamarie91 at 11:10 PM