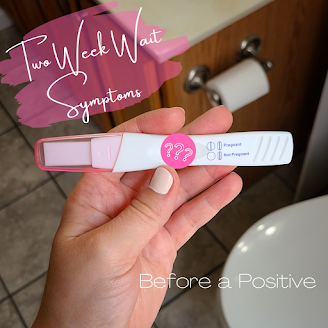 I've been tracking my cycle's symptoms for a few months now, so that once it's time to start trying to get pregnant, I would have a better idea of what would be a normal monthly cycle symptom vs what might actually be new and different and a possible pregnancy symptom.
I'm always surprised how well you can get to know your body when you sit down to track the weird little symptoms you have during your cycle. It's pretty cool.
CD 10 - Right side pain similar to ovulation.
CD 11
CD 12 - I was absolutely convinced I was ovulating this day (even though it was 3 days earlier than usual). I wasn't taking opk's or temping so I can't know for sure. I had a terrible lower back ache, it felt exactly like I was going to start my period. Around ovulation, I usually do have some cramping on one side, but I've never experienced real full-on cramps or a lower backache like this. It was so weird. I put the boys to bed early so I could lay down with a heating pad in bed. I was also sooo thirsty in the middle of the night.
CD 13
CD 14
CD 15 - The day I was supposed to ovulate according to the last few months' very regular cycles. I did have some aching on my right side like ovulation. (My last 4 cycles had been spot on 28 days, and the cycles before that still averaged 28 days overall, so according to the calendar, this should have been ovulation day)
CD 16 - On this day, I had a headache nearly as soon as I woke up. The rest of the day my head just felt heavy, like I had a headache, but I didn't have the pain. (I know that sounds weird, I just can't think of another way to explain it). And I remembered I did have one wave of lightheadedness the day before too. But I said to myself, you're crazy, there's no way, it is too early for this, there can't even be implantation yet unless you ovulated early. And I remembered I used to get light headed around ovulation when I was trying to get pregnant with Eren, but I had never had that before those 3 cycles I tried with Eren, and I haven't been experiencing that since I've gotten my period back after Eren either. So it was all around just weird for this lightheadedness symptom (whether just a regular cycle symptom, or a pregnancy symptom) to appear all of a sudden this particular month.
CD 17 - gassy, bloated
CD 18 - high anxiety, left side backache in am
CD 19 - one super strange wave of nausea afternoon
CD 20 - I was laying on the couch with the overhead fan on, I was wearing a tank top with no bra, and my nipples kept feeling super sensitive to the cold air of the fan, even through my shirt. Very strange.
CD 21 - crampy in am. Took a shower in evening and that's when I became convinced I was pregnant. The water from the showerhead on my nipples was too much. Boobs were slightly achy on the undersides, like they missed the support of the day's bra. Remembered the previous day I thought perhaps my boobs were a little fuller. I had told myself when we started trying that I wasn't going to test until I started having breast changes. That's one thing that I don't typically experience in my normal cycles, so I thought it would be a pretty good indicator. Also been having tiny waves of super faint lightheadedness all week.
CD 22 - tested. Talked to my husband about the boobs the night before and he said, just test tomorrow. So I did and it was positive! The faintest possible positive you ever saw. I took two cheap strip tests, but then I took a regular test later in the day too and it was also a faint, but definitely there positive. Sore lower abs and boobs.
CD 23 sore lower abs (feels like I did a workout), sore boobs, low back ache, light cramps
CD 24 tested again and got a pretty regular strength positive, so that made me happy to see the line darkening. Emotional day (but still so utter breakdown like I had around this time with both boys)
CD 25 - been waking up a little early all week and unable to fall back asleep, realized the lightheadedness hasn't been around for a couple of days. Low sex drive all week which is pretty unusual for myself lately. Took a nap in the afternoon.
CD 26 - [the day I originally told myself I would wait to test until] left side round ligament pain after standing up, less sore boobs, nausea, bloated all week, acid reflux a couple of times this week.
It seems like the symptoms are coming on really early this time around.
I hope you found this helpful.
Thanks for reading.
Love,
Alaina and Baby #3
Posted by lainamarie91 at 6:14 AM