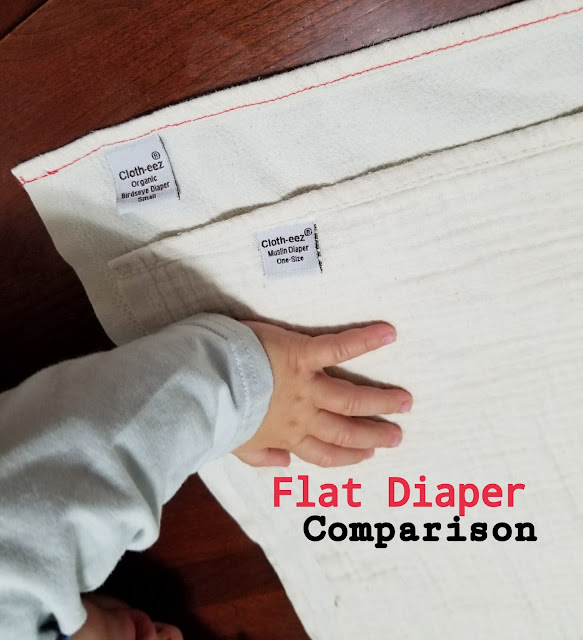 We have recently switched to using flats much more often. My husband still enjoys our snap-in inserts, but for the most part, flats are our go-to since Mr. Calvin has turned from an average wetter to some kind of super pee-er.


Flats are awesome for your wallet. They are affordable individually, plus they dry super fast so you don't need a large stash in order to get through laundry day. Plus they can hang dry overnight, saving you money not using the dryer. Flats are just super and I say it all the time, but I totally should have just started out with them in the very beginning!


When I was first looking into flats, I would have loved to see a review and comparison between these two. I know everyone loves Green Mountain Diapers, they are THE go-to, so I knew they were the brand I wanted to try first. I originally purchased the Birdseye flats because they were cheaper and they were my first flat diaper purchase, so I didn't even know if I was going to enjoy using flats. Once I learned to love these versatile diapers, I had to go back and pick up the ever-praised Muslins. 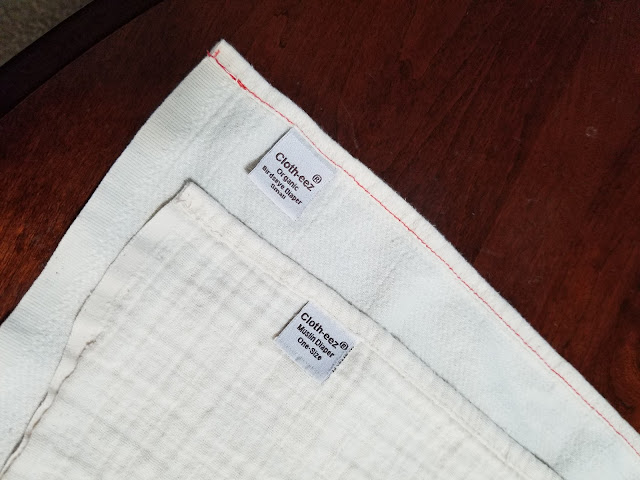 Birdseye Diapers 6 pack Organic One Size $15.95, 29x29 inches
These are trim. I'd say they would totally work from birth to potty.

Muslin Diapers 6 pack Organic One Size $19.95, 28x30 inches
Because these are so fluffy and plush, I think they would be pretty bulky on a newborn. They're pretty thick for pad-folding on my 29 pound toddler.


Both stay very square after washing and drying, which makes folding much easier.

I put them to the absorbency test by pad folding and laying them both on the counter. I then added water concentrated in one spot (like a real diaper being peed in) and poured until I saw water starting to leak or pool from the fabric onto the counter.
The muslin diaper held 1 cup of water.
The birdseye weave held 3/4 of a cup.

I would recommend them both. More specifically, if you're starting out with a newborn, I'd say go with the Birdseye. And if you have an older baby, try the Muslin. And if you have a heavy wetter, perhaps skip the birdseye.

Thanks so much for reading.
Love,
Alaina