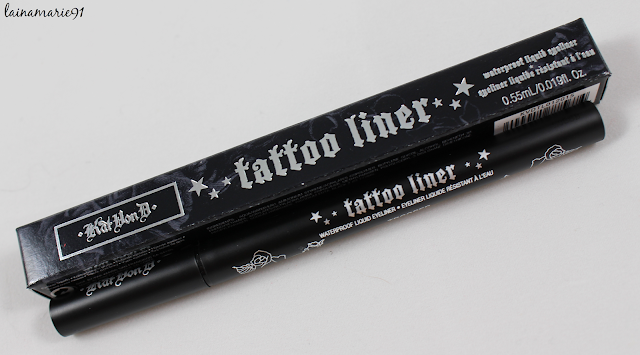 Here is a review for you today on the Kat Von D Tattoo Eyeliner in Trooper.

I had to try this one out because all I hear is everyone raving about it and I did need a new liquid liner anyway. I picked this up while shopping with my best friend Shroomy. If you want to see the rest of my haul, just check it out here. 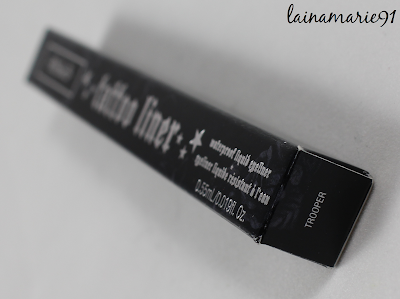 I enjoy this format of liner. I like the brush tip applicator, this is very similar to Physicians Formula Eye Booster and Lorac Front of the Line Pro, two of the liners I have been using most recently.

They all three have a similar finish. Not quite matte, but not quite glossy.

The thing about the Physicians Formula one is that it dried up on me in what felt like no time at all. I've had the Lorac one for nearly two years and it's still going strong, so I look forward to seeing how the Kat Von D stands against those two as far as how long it's going to last down the road. 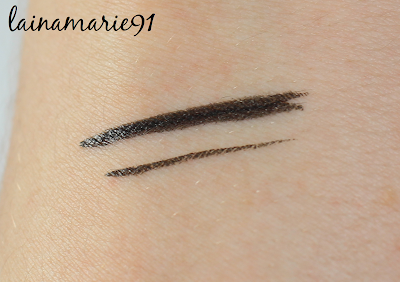 I don't think I'm a fan of the Kat Von D liner. It's not as pigmented as I would like, you have to go over it twice to get the deepest black. I also don't find it to be any better than the Physicians Formula, which is about half the price. I also don't think it's particularly heavy duty in the long wearing department either. Overall, I prefer the Lorac Front of the Line Pro if we're sticking to this price range. Physicians Formula is also nice if you're on a budget.

I really hope this helps! Let me know what your favorite liquid liner is in the comments!
Love,
Alaina