Parenthood in the Workplace 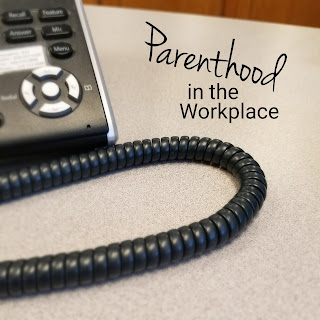 You could call this a rant, but I like to think of it as simply an observation of what actually takes place in what I'm sure are more work environments than you thought or hoped.

I work at a construction supply company. I'm in the office. There are about fifteen of us altogether. That's including warehouse, drivers, and us inside the office. I am the only chick at this location.

Several employees around here have had babies recently and I have witnessed for myself just how fucking sexist these people are around here. If we want to be specific, the problem is management. And it's not just sexism aimed at females, it goes the other way too.

When one of our drivers adopted a newborn baby and came in late one morning when the baby was literally days old, saying he hadn't gotten much sleep, one of our managers asked why he was even up in the middle of the night because his wife is a stay at home mom, that's her job to care for the baby. Legit.

They get so upset that they could possibly be left short-handed because another person is bring born into this world.


Our branch manager actually had a baby earlier this year and he took a week off, no problem. But when one of the drivers or laborers has a baby and wants to take a day or two off, our two managers inside bitch and whine like it's the most selfish thing he could have done. Seriously. A day or two! I don't think anyone has taken more than that.

If a guy who just had a baby can't even take off a couple of fucking days to assist their wife with caring for a whole new-born person, what the fuck?

Yet, as I mentioned, when the boss had a baby and took a week off, no one batted an eye.

And I don't think these things are said to anyone's face, they're just spoken behind their backs, for the most part.

This American culture of sexism sees parenthood as a topic to be kept behind closed doors. Pretty much everyone here is a parent, yet nobody is allowed to acknowledge this.

Of course, I'm hearing this as a fly on the wall, so to speak. I wouldn't know what they had to say about me when I was out of the office for three months when I had Calvin. They probably just thought I was over-reacting when I had premature rupture of membranes and was on bed rest in the hospital for five weeks. Then I took another eight weeks once the baby was born?! They were genuinely shocked by that one. I guess they thought those five weeks before my son was even born was just as good as having five weeks with him after he was born.