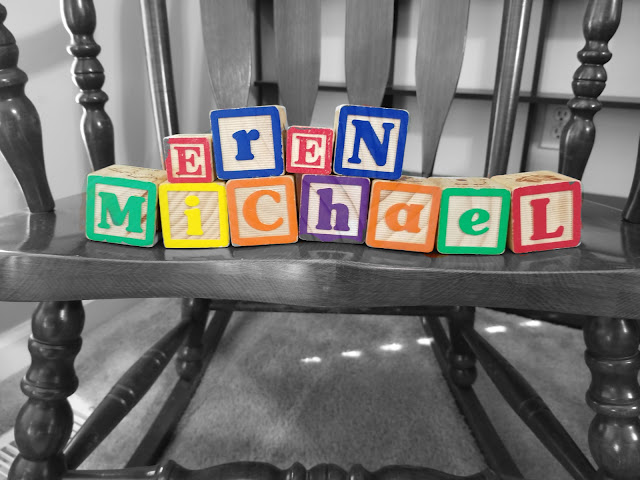 Eren was a name my husband and I were actually able to agree on. A common name with unique spelling.
We like to use family names for middle names, so we pretty much listed out all the male family member names we could use and Justin liked Michael best. It is after my great grandpa on my mother's side. He came to America from Croatia, so we don't actually have record of his written name. He just have census records, which are super unreliable, and the fact that he was called Mike. So even if it wasn't Michael exactly, he's still named in honor of him.

Our close second name option that was very close in the running was Charlie Ray, but I felt like that was not this baby's name. I would like to use it on a future baby boy, but right now I just didn't think it was right.

Here are other names I liked too:

Did you and your husband have an easier time agreeing on a name?

Email ThisBlogThis!Share to TwitterShare to FacebookShare to Pinterest
Labels: pregnancy