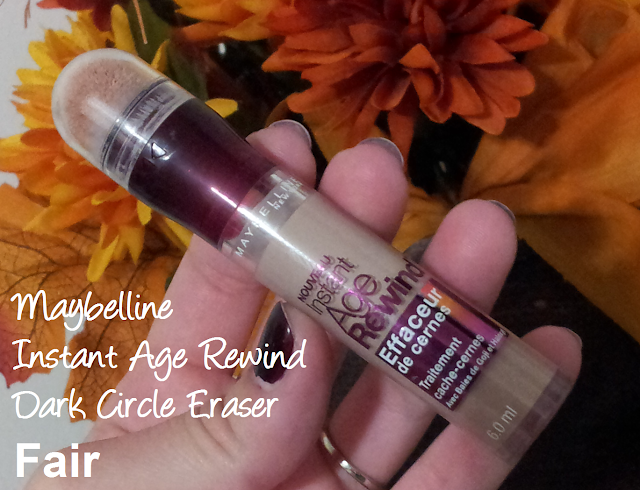 In my seemingly never-ending hunt for the perfect undereye concealer, I decided to pick this one up honestly because it's probably the most popular drugstore concealers I see on YouTube and it has been ingrained in my mind that it must be good if all the YouTubers are using it, so I picked it up to try it out. :)

It has a pinky tone to it, which I'm sure is supposed to help reduce the appearance of undereye circles, like salmon colored concealers are known for, but that just means you really only want to use this on the undereyes, this is not meant for little problem areas on the rest of the face, it's just not going to match your foundation well enough, unless you also have pinky undertones.

I picked up the lightest one because judging by the packaging, they all looked really dark.  Good thing it comes off so much lighter than the packaging leads you to believe.  I probably could have gone a shade darker, but it's not a big deal, I'm losing whatever summer color I may have had anyway. :)

I have tried a few concealers to cover up my undereye circles, but nothing has done the job.  Although this product does not get rid of them perfectly, it's definitely the best thing I have tried so far.

I have issues with my undereye concealers creasing in my little fine lines, which sucks because that area is only going to get worse with time and I'm only 22! :-p  This product creases in those lines too, but not as bad as most other ones I've tried.

Overall, this is a pretty nice concealer.  It's not quite perfect for me, but I am enjoying it.